The musical tells the story of Elle Woods, a sorority girl who enrolls at Harvard Law School to win back her ex-boyfriend Warner Huntington III. She successfully defends exercise queen Brooke Wyndham in a murder trial. Throughout the show, no one but law-teaching assistant Emmett Forrest has faith in Elle Woods. This is especially true of Vivienne Kensington, who is Warner’s new girlfriend. However, Elle manages to surprise them when she defies expectations.

Junior Iva Galic, who plays Elle Woods, shares that the show has a lot of energy and is very fast-paced. “There are so many big musical numbers that are so well done and everyone is working very hard to make them amazing for the audience.”

Junior Cecylia Selwocki who plays Vivienne Kensington says the production is sure to be impressive to the audience. “We are going to provide a professional production, not a high school production,”

Senior Ryan Vu who plays Emmett Forest says that fans of the movie will love the musical. “The musical is so powerful and the songs make the show so much more interesting.” 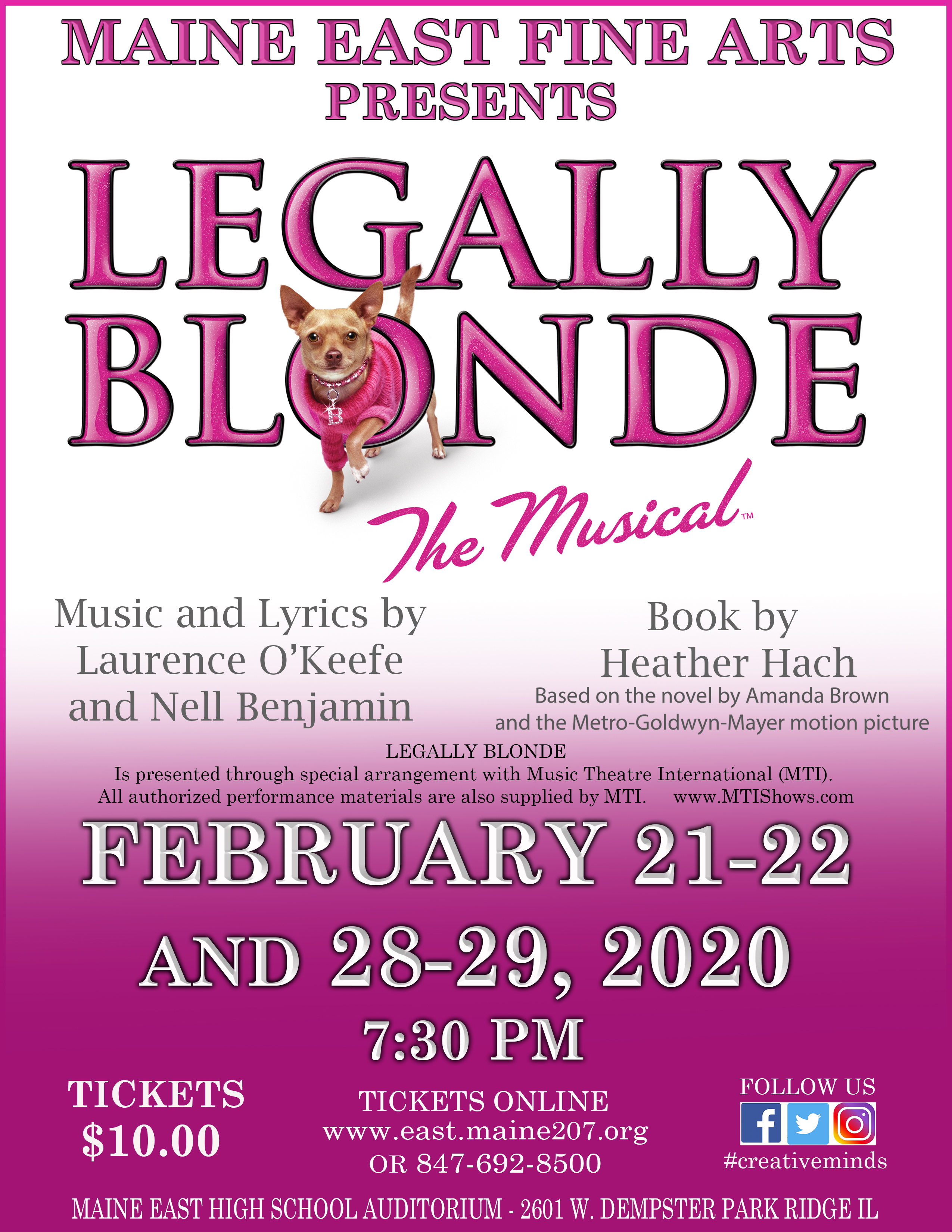